Some firetwirling photos from the weekend.. 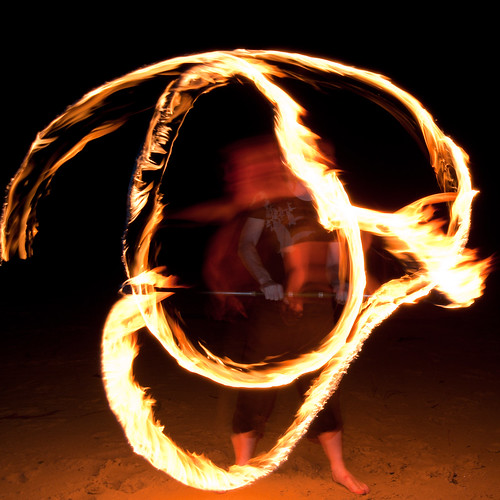 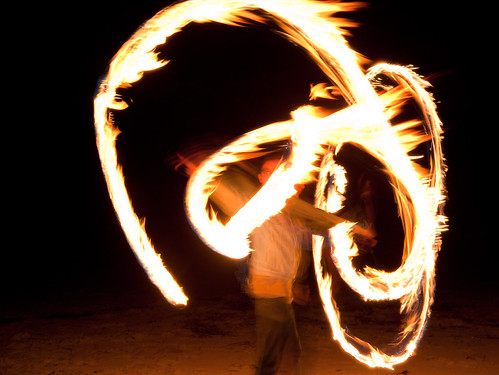 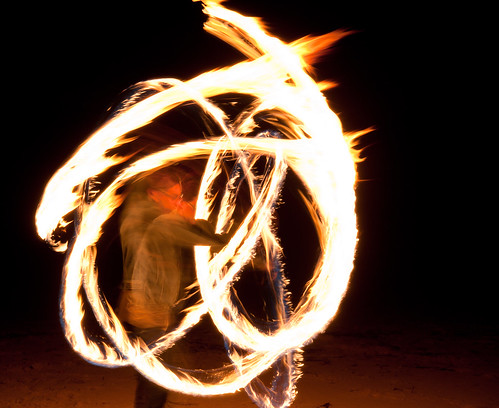 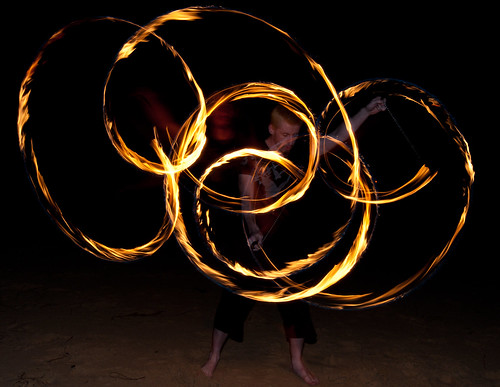 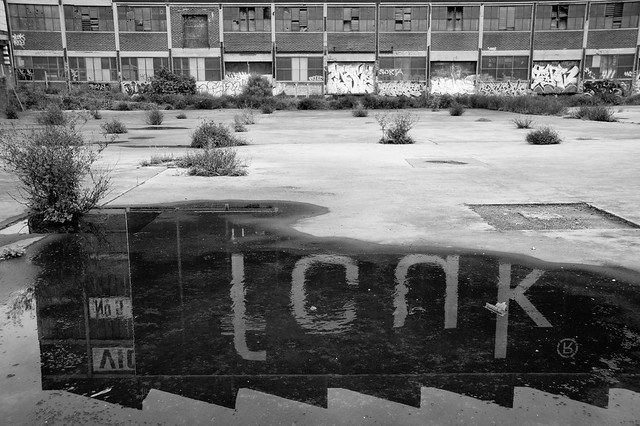 fcuk the warehouse
Originally uploaded by Wintrmute.
Taken on D700 in Macauley, Melbourne.

I just couldn't sleep last night, and that particularly annoys me because everything was perfect.

* Gentle rain outside.
* Reading in bed for quite a while.
* It was late.
* Brain free of maddening thoughts.
* No caffeine for nearly 12 hours.
* Hot milky drink consumed a little while ago.
* Kitten already snoozing on the other side of the bed.

I mean, come on, what more do you want? That's like the list of ultimate best sleeping conditions ever! Some days I just don't know what's going on.. 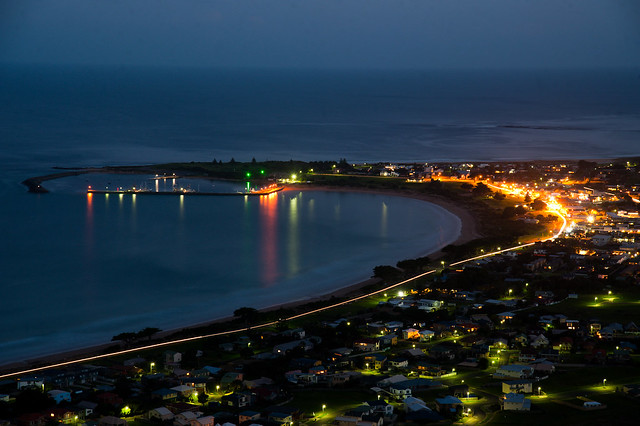 Apollo Bay at night
This is the companion photo to the previous one.. Taken on my D700 instead.
There's also another almost-identical one to the B&W shot up on Flickr, but I preferred the tighter crop of this one. 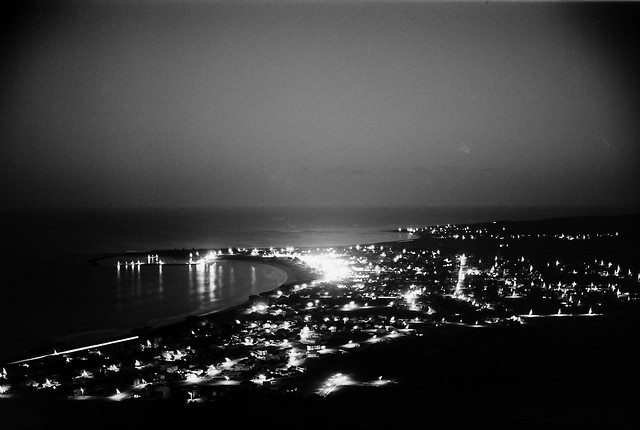 My first home-processed film :)
There are a few other photos on Flickr now too.

My MacBook is over three years old now, and I decided it was time to get a new one..
Have bought a Samsung N510, which is technically slower than the MacBook (Atom N280 vs Core2), but it's also half the weight, double the battery life, and since I have a good desktop PC at home, I'd rather have the portability than the power. Also, I can get the Samsung new for the amount I can sell the MacBook for second hand, which is important given that I'm generally a bit skint these days.

The new laptop has the nVidia Ion LE chipset; this is notable because the "LE" version is crippled, but purely in software. I've hacked up the current nVidia drivers to enable the full power (well, as much power as the non-LE version gets). Might be of interest to anyone else who has a laptop with a "Ion LE" chipset, anyway..

(Info on how to do it was found on the http://myhpmini.com site.) 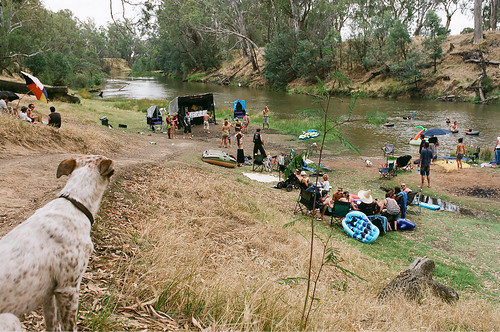 I've finally processed the roll of film containing all these..
Photos from Strawberry Fields, Ooh yeah, Mix in the Stix and Maitreya (after it had become Mudtreya, but before it became totally-flooded-treya). 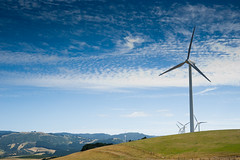 Wind turbines
Originally uploaded by Wintrmute.
From a trip earlier this year.

So I read a book a couple of years ago that I liked, called "Soon I will be invincible!"

I just discovered that the author, prior to writing this novel, had been working on computer games, including some of my favourites:
* Ultima Underworld
* System Shock
* Thief
* Deus Ex 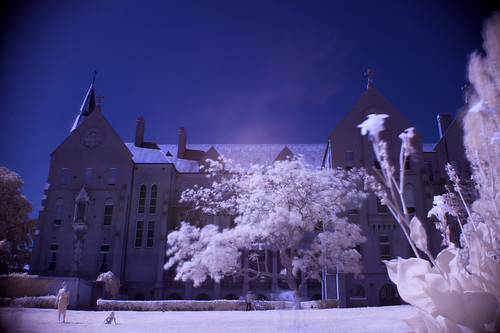